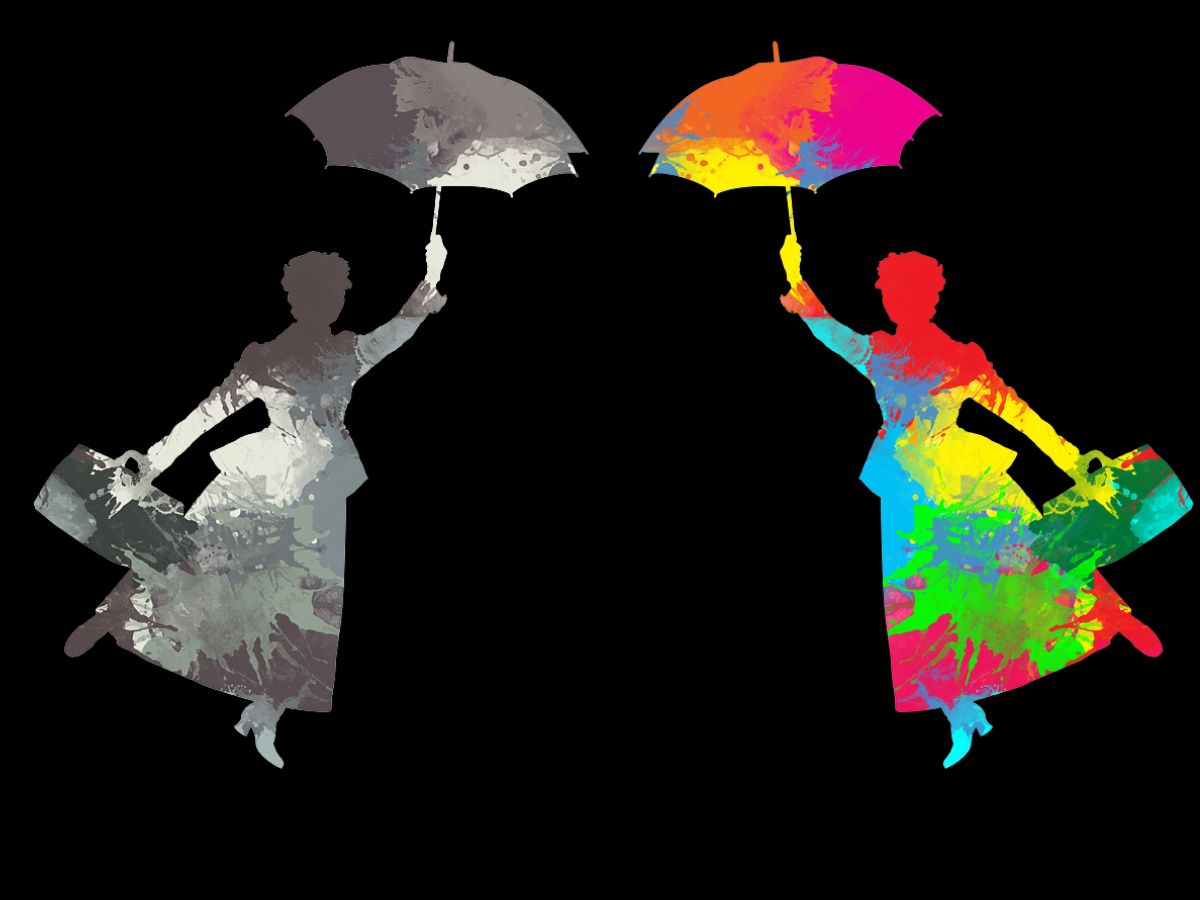 The film “Mary Poppins” debuted in 1964. It received a total of 13 Academy Award nominations, including Best Picture, and it won five Oscars. In fact, Mary Poppins is considered Walt Disney’s crowning achievement and is the only one of his films to earn a Best Picture nomination during his lifetime.

I remember watching and singing along to Mary Poppins as a child. Since then, I’ve also had the joy of experiencing the theatrical adaptation of Mary Poppins in both London, England and St. Louis. It truly is a classic!

The film is based on the character, Mary Poppins, who is hired by the stern businessman, Mr. Banks, to be the nanny of his two active children, Jane and Michael. Mr. Banks wants his home to be run seriously and efficiently like a business. In fact, he views engaging in fun as ridiculous. However, Mary Poppins (and her friend Bert) have a playful and magical way of caring for the children that brings much laughter and joy to their days.

Mr. Banks ultimately becomes so annoyed by the cheery mood that seems to have permeated his home that he confronts Mary Poppins. In response to his concerns, Mary Poppins cleverly convinces Mr. Banks to take the children to work with him the next day so they can follow in his footsteps.

While at their father’s workplace (a bank), the children have a negative encounter with their dad’s boss that creates a chaotic scene. That night, after receiving a heartfelt apology from his children, Mr. Banks is summoned to the bank where he is fired in a humiliating fashion. And then something wonderful happens! Mr. Banks experiences a transformative change of heart.

As I watched the film again this week, I was reminded that it was through adversity that Mr. Banks discovered that there is more to life than work, money, and being serious all of the time. It was only after being fired that he came to see that the most precious things in life are the relationships we share with one another. Mr. Banks is ultimately “changed for good” by the influence of Mary Poppins.

This week, I invite you to think about when you’ve experienced a change of heart. Perhaps you had a long-held opinion or belief that changed over time. Maybe you held a viewpoint about someone only to discover they are not the person you thought them to be. Or possibly, you too have come to see that work, money, and being serious all the time are not the most important pieces of a life well lived.

If you haven’t watched the Mary Poppins film lately, or even uttered the word, “supercalifragilisticexpialidocious” in awhile, this is a good week to do so!

This weekend will also be a great opportunity for us to be “Changed for Good” as we gather for worship at Manchester UMC. I hope to see you then! – Rev. Jim Peich