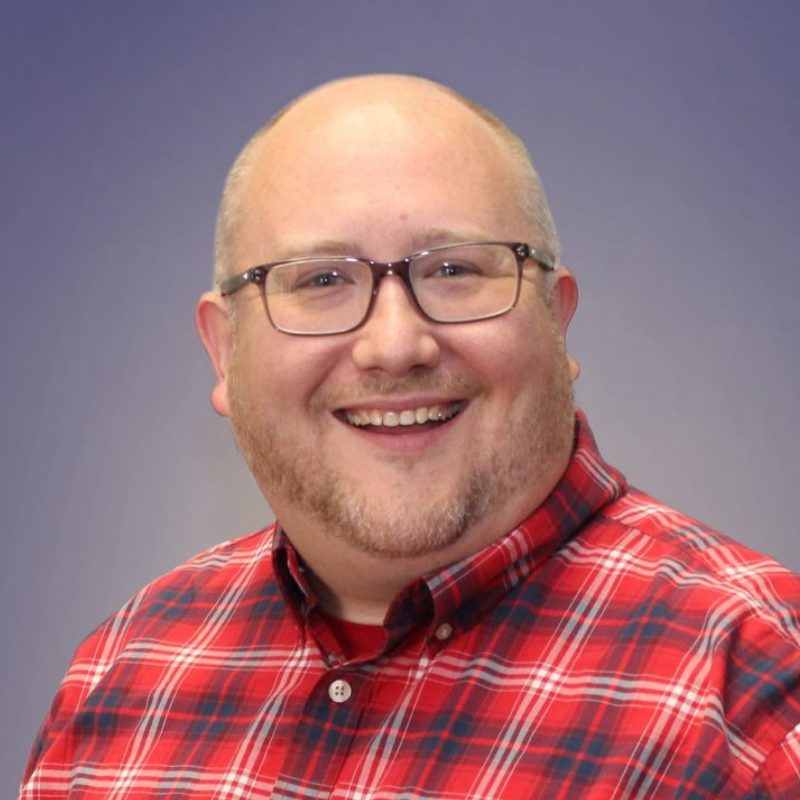 Jim grew up in southern Wisconsin and graduated from the University of Wisconsin – Whitewater. After moving to Manchester in early 2000, Jim met and fell in love with his wife, Karen. They were married at Manchester UMC in the fall of 2004 and enjoyed six years as members of Manchester UMC.

After relocating to O’Fallon, Missouri, Jim and Karen became members of a United Methodist church near their new home. In 2012, Jim answered God’s call to vocational ministry and he enrolled in seminary to obtain his Master of Divinity. In 2013, Jim joined the staff of Morning Star UMC as Pastor of Faith Formation. In that capacity, he served on their Executive and Pastoral Teams with oversight responsibility for children, youth, connections, baptism, membership, groups, faith formation and technology.

Before moving into vocational ministry, Jim enjoyed a rewarding career in marketing, communications and banking at Edward Jones. During that time, he also had the honor of representing Ward 3 as an elected Alderman in the City of Manchester. Jim has also served in various roles within the Missouri Conference of The United Methodist Church.

In addition to spending time with his family, Jim enjoys travelling, nature, music, grilling and antiquing. Karen holds a Masters degree in counseling and is an Operations Manager for an international Human Resources firm. She enjoys swimming, cooking, reading and singing in the Chancel Choir. Their son, Lucas, was born in 2008 and loves to fish, swim and be outdoors; their daughter, Samantha, was born in 2009 and enjoys swimming, music, drama and dancing. Jim and Karen also had the joy of parenting their son, Christian, for 12-weeks before he passed in 2007 at St. Louis Children’s Hospital. He is buried in the Manchester UMC cemetery.